I did not have a chance yesterday to post anything. It was a busy day! We made a reservation for 4pm for Diamond Head, which was the one thing my DH wanted to do, so I agreed.
We started with a hike to Manoa Falls, which might be my favorite thing ever! I have a passion for trees and all things green, as you will notice when I share some pics. The hike was not very difficult, but it was very slippery. I saw a few people with ski poles, and I thought that was a pretty good idea. I am a huge fan of LOST (except for the ending), and it felt like some of the scenes from LOST in there. I heard one kid say it looked like Jumanji, which was also true, and we saw a spot where we felt like it looked like the Kong ride at USF.
When we got back to the bottom, there was a food truck set up selling smoothies, Acai bowls, and shave ice. I got an Acai Bowl, and was a little disappointed. It was beautiful, but was just a small scoop of gelato with some fruit. It was served inside a half of a pineapple, which was really neat. The pineapple had so much fruit that was not cut out, but because I am a crazy plan-ahead over-packer, I had a knife in the car, so we were able to cut out all the fresh pineapple and eat that, which was delicious! The Lyon Arboretum was closed, or we would probably have done that.
From Manoa Falls, we went to Kualoa Ranch. On the way, we stopped at a Foodland and got a Poke bowl and some snacks for the room/car. The Poke was amazing! We had wasabi-mayo Ahi and Spicy Ahi. The main reason we stopped was to use the bathroom, but they did not have one, so we went to McDonald’s, and while we were there, I had to get fries and a coke (there is no McDonald’s where we live, so this is a treat). So we hade Poke with fries and a coke. Awesome!
We stopped at Kualoa Regional Park and Beach, then the visitor center at Kualoa Ranch. The mountains were so amazing, so we kept going north a bit. We turned around at Swanzy Beach in order to get to Diamond Head by 4.
We stopped at the Macadamia nut farm, and cracked our own Macadamia nuts, ate an “ice cream banana”, shopped, and drank samples of free coffee.
From there we stopped at Waimanalo Beach. Possibly the most beautiful beach I have ever seen. The signs said high surf and Man-o-war present, but there were still a fair amount of people in the water. We didn’t have much time, so we waded in and wandered around, and then started driving again. We decided we will definitely come back this way to be sure to see Lanikai beach.
The next stop was the blowhole, but it was already 4pm and we still had 25 minute drive to Diamond Head, so it was a quick stop. I think the surf was too high, because we really didn’t see it blow much. We did see lots of surfers and swimmers to the north, which I assume was Sandy Beach. We could hear the lifeguard announcing that there was no swimming allowed and only very experienced surfers should be out in the water.
We got to Diamond Head at 4:29, and the sign said last entry was 4:30. We parked and hiked to the top in 22 minutes…we were huffing and puffing, and I’m sure I was red and sweaty at the top, but we made it! As we were heading down surrounded by people, and slowed down by the lolly-gaggers, we realized that was probably the best way to get to the top with no one in the way! The land there reminds me of Western ND where I grew up…kind of desert-like. The bunkers at the top of Diamond Head were interesting to see. The view was cool, but there were a lot of people at the top.
By this time we were exhausted, so we looked for somewhere to eat. We went inland a bit to a place called To Thai For. I had pumpkin curry, which was a first for me. I love curry, but had never had it with pumpkin. It was delicious, but I’m not sure I would order it again. It was good to try once. My husband had sweet and sour curry, which sounds awful to me. It had a tamarind flavor with the curry. He thought it was a great flavor. I wasn’t really a fan.
From there, we drove back to the hotel and crashed.
Today we check out of our airbnb and move to Aulani. We still have not decided on the agenda for today. Right now we are drinking coffee on our patio. We are on the 13th floor facing east, and can see the ocean between and over some of the buildings. When we look down our street, we can see the Royal Hawaiian Inn. I will post pictures from yesterday as we drive. I think I took over 250 pics yesterday, mostly from the Manoa hike and of the green mountains as we were driving.
I can’t believe it’s only day 3 of 8!! The time change has been working very well for us. We are night owls at home and usually regret staying up until midnight or later every night, and then getting up at 6:30am every day. Here, we have been sleeping in as late as we want, and it’s only 7:30am. Then we are super tired by 8pm, so we are sleeping by 10ish. We are actually getting 8hrs most nights!

Here is a quick description of what we did on day 1. Some of the pics were already posted for that one. That was Friday, Nov 25. We wandered around the International Market and got sucked into a free “consultation” for a beauty product, which I bought and am now kicking myself. I blame my husband, because he was like, this is so much cheaper than all the other products you buy monthly. We’ll see.
We at lunch at Paia Fish Company. I had fish & shrimp tacos, and DH had Seared Ahi burger. His was much better than mine and came with amazing coleslaw. We walked up and down the strip a few times, and then went swimming at the beach in the afternoon. We were to the west, closer to the Royal Hawaiian, and it was pretty crazy with so many people in the water and on the beach.
After shower and change, we went down to the strip and saw some street performers and then found a place to watch the Holiday parade, which honors survivors of Pearl Harbor. There were lots of High School marching bands and one was from Bloomington, MN, which is where we flew out of. We are going to have to talk to our band director about this option!
For supper, we went to the Tiki Grill, which was a cute rooftop place with tiki torches burning. I had Shrimp curry, which was over linguini. It was delicious, but a little odd over pasta. DH had guava BBQ ribs. The sauce was really good. At that point we were pretty spent, so headed back to the room.

When I saw your note, we found Island Vintage on 3rd floor in the Int’l Market, but it was a winebar with food and it seemed like they only had coffee, tea, and frozen coffee drinks. Later when we were walking down the strip, we saw and Island Vintage Shave Ice place, but it was evening and way too chilly for me to want shave ice then.

That was insanely busy day for you! We did a lot of the same things but it took us 3 days.

We had a lot of shave ice during our two weeks and Island Vintage was the best. Maybe you can get some today?

First you pick a meat and a type of broth. Then go through the buffet to get veggies, noodles, other meat-ish products and create a dipping sauce. They bring out the bowl of broth, and you toss everything in and let it cook til ready to eat. It was a good way to get some veggies in! 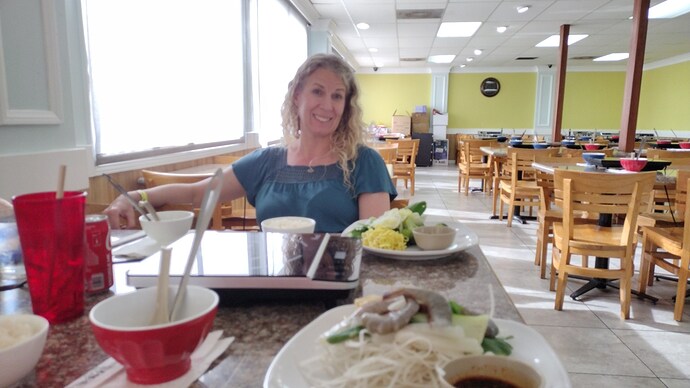 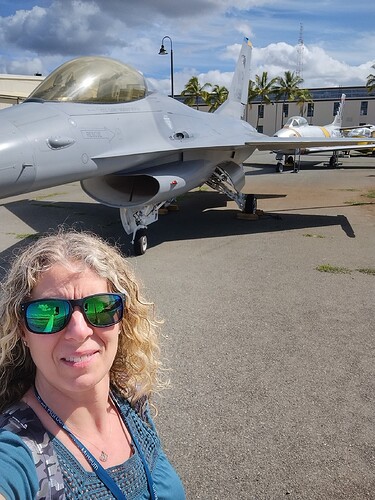 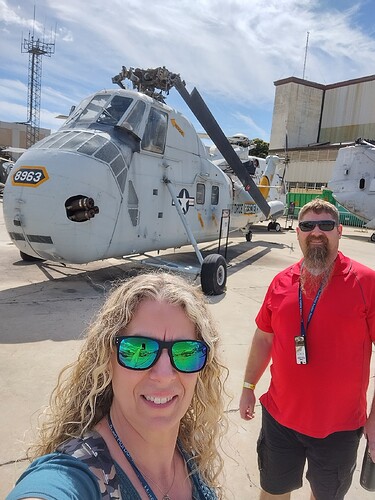 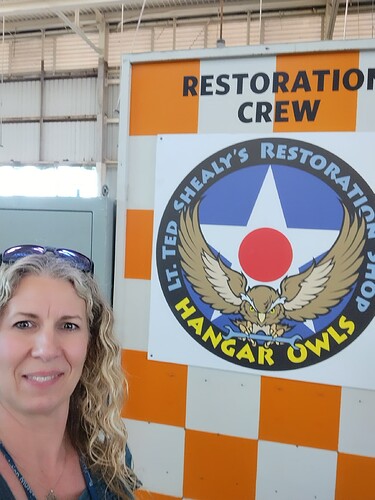 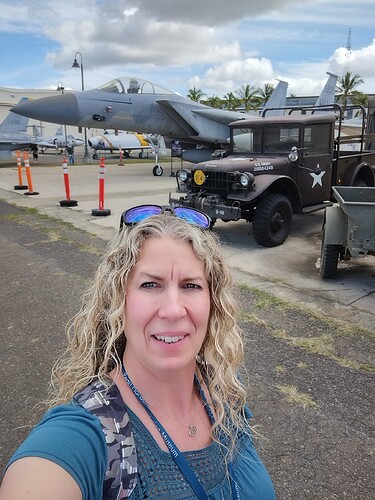 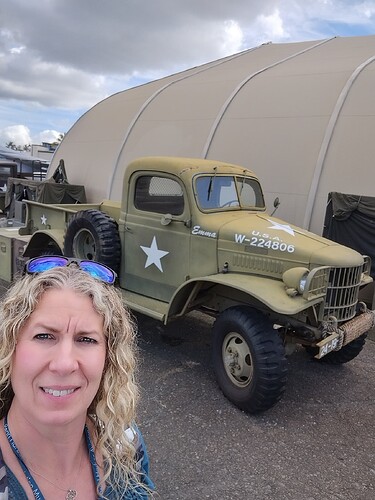 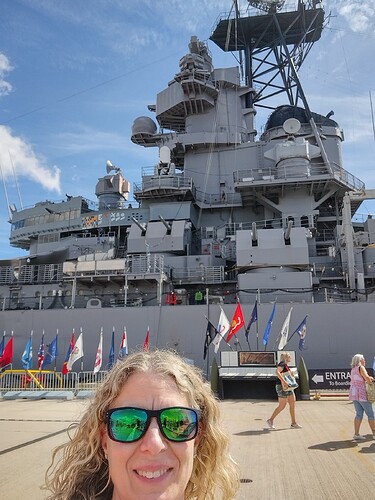 After Ford Island, we went to the Swap meet at the Arena, and did some browsing and shopping. We were hoping to eat at some food trucks, but most were closed by the time we got to that area, which is why we ended up at the Shabu Buffet. Next…Aulani!

Giovanni’s shrimp on the way to find some snorkeling

Yum–garlic shrimp!! That looks like a small portion though.
If you’re in that area, then Shark’s Cove is a good snorkeling choice.