We had a BOG ADR for 8:05am, so the plan was to leave the get on the 6:45-ish bus. Unfortunately, we made it to the bus stop around 6:55am, which was still a victory for our family of sleepers. I was convinced that if we waited the posted time of 15 minutes for the next one, we would be terribly late, especially with an additional stop at BC. So, I made a decision to take a Minnie Van. The driver was there within 5 minutes, installed the car seat for DD and we were off. We may have been ok with the next bus, but the Minnie Van gave me some peace of mind because this was one day that I did not want to get too off schedule. I was fine with the $20 spent – it was fast, efficient and comfortable.

We were through security by 7:30am and took some photos with the PP photographer while we were waiting. Just before 7:45am we were let in and off we went. Because it was the first time at MK for DH and DS, we stopped for LOTS of photos along the way. They were amazed by it all and Main Street was relatively empty, so it was beautiful. 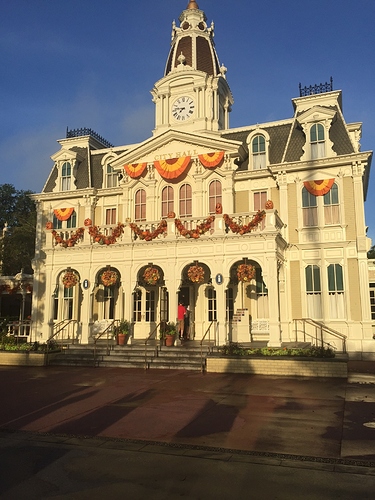 A clear shot of the castle with no crowds 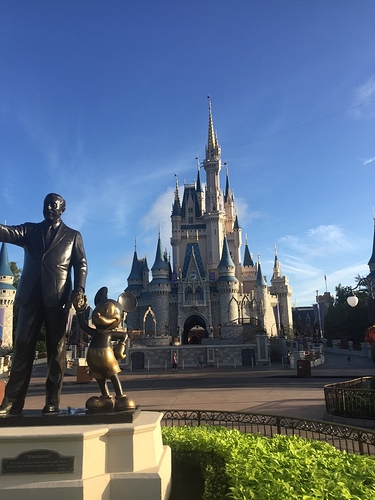 I think we finally made it to BOG just after 8am and checked in. DH had his band scanned for the reservation and the CM couldn’t find it so looked it up manually (it was under my last name and not his). She found it but then handed us menus to order. I told her that we had pre-ordered, but she said the pre-order was not in the system. I insisted that she scan my band and try again. Although she claimed it would make no difference, it did. She found the reservation and the pre-order. I would have been really annoyed if we’d had to order again and wait a bit longer. We still had a wait of nearly 10 minutes to enter the building and then be seated in the main dining room and the food quickly followed.

We had the feast a la Gaston, the open-faced bacon and egg sandwich and the French toast for DS. The food was good, especially for a QS breakfast, but I must admit that I wasn’t that impressed by BOG. As a result, I decided to cancel our dinner ADR for later in the week. I did keep a late ADR on our last night though that we would use for a cupcake and the chance to meet Beast, for my son.

We ate quickly and then I rushed everyone out the door to get in line for 7DMT. DS once again was not thrilled with the line, but I tried to explain that the line was really not that long because the ride wasn’t even open yet. Less than 5 minutes later, they opened the line and we were able to get two rides in before the RD crowd came in! They even gave me a rider switch pass. DS and I had fun nearly running back to ride again and it was a great start to our MK day.

After 7DMT, I didn’t move as fast as I should have and we slowly made our way to PP. By then, the standby line was building and we still needed to get DD out of the stroller and find stroller parking. Finally, in line, the posted standby time was already 30 minutes. DS complained about the line once again (see the theme here), but it moved quickly enough and he was entertained once we hit the rooms. From there, we did a many of the Fantasyland rides – WtP, Dumbo, Barnstormer, Under the Sea, 7DMTx2 (FP) and headed in Frontierland.

In Frontierland, we did Splashx2 (FP), BTMRRx2 (FP) and then I snagged a FP for Haunted Mansion for after the parade. We watched the parade from in front of Pecos Bill’s (in the shade!) and enjoyed it. DS loved seeing all of the characters. I think Merida was my favorite. DD also enjoyed it and was soooo excited to see Mickey on the final float. She was smiling and clapping as he went by. 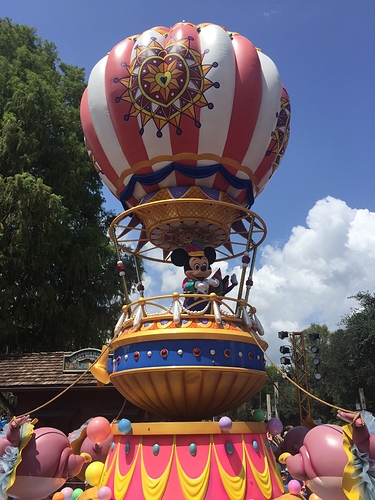 Right after the parade, we ducked into Pecos Bill’s for a late lunch. We had the chicken tacos and chicken burritos and the two meals was more than enough for the three of us. We walked through Liberty Square and I rode HM with DS while DH took lots of photos! It was about 3:30pm and I had wanted to be out of the park by now, so we started to head out. We caught part of Mickey’s Friendship Fare on the way and DS was mesmerized, so we stopped for a few minutes. But, it was blazing hot, so I told him we needed to go and would catch the full show on another day (but we never did).

Back at YC, we had a little downtime before I dropped DS at the Sandcastle Club for the evening. He had a great time and asked to go back the next day. For anyone considering it, I would highly recommend it. $55 for up to 6 hours of activities is a great value in my book. DS said they cooked with Chef Remy, did science experiments, and had a luau with Chip and Dale. And he got to play video games – Mario Cart was probably the highlight for him. We also hired a babysitter for DD1 through Kids Nite Out and we were happy with their services. We had a great babysitter named Teresa who kept DD entertained as she refused to sleep while we were gone.

DH and I went to California Grill for the evening. We took the bus to MK and then walked over, arriving right on time for our 7:30pm ADR. Unfortunately, we were seated by a window that did not have a view, but the ambiance and food made up for it. I have peanut and fish allergies and the waiter and chef were super helpful (as was every Disney restaurant we dined at). We stepped outside to watch the fireworks after eating our main dish and then returned inside for dessert. Not quite ready to leave, we stopped at the bar for a drink after dinner. The bartender was awesome and encouraged us to come by another day. The lounge opens earlier than the restaurant at 4:30pm, doesn’t require a reservation and serves the same food as the main dining room, so could be a great option for some people. Was I wowed by CG? Not really, but it was a nice meal in a lovely environment and would certainly do it again (even with the $220) price tag, but it was not the best meal I’ve ever had.

View of HEA from California Grill 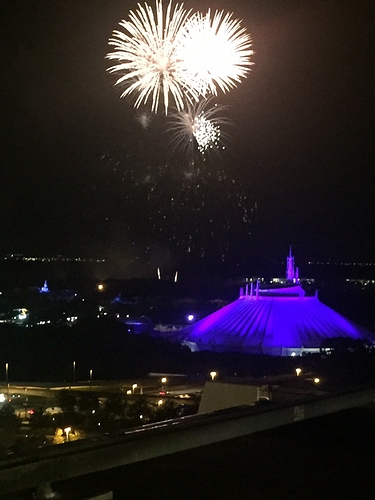 Back at YC, I met the babysitter and then collected DS from the Sandcastle Club. Tomorrow was our resort day, so there wasn’t the same rush to get to bed, for a change.

One note on BOG ADRs: For anyone struggling to get ADRs, I was amazed at the number of BOG slots available (mainly breakfast and dinner) during the week we were there. As many have mentioned, a lot of people cancel 1-2 days before, and there’s a ton of availability. So, keep looking!

We also love those pre-RD ADRs at MK. Seeing an empty park is so cool.

Thanks for the report! We are going for our first trip in October and I have already picked up some tips from you that will make our trip a memorable one! Love all the pics too!

thanks for the report. I love seeing how people talk about their experiences.