Attn all parents of 2 yr olds, NEW and OLD! WWYD?

The Dets:
So my trip with DGS is a long way off, 2 yr bday in first week of Dec. He’s almost 4 months now, don’t judge. I need to plan! It will be DH, DD, DGS, and maaayyyybbbeee DDs bf/ son’s father (it’s a long way off, so you never know

). And DGS will be turning 2 during trip. We don’t typically spend $ on parties or tours. We’re fine watching fireworks from wherever. Would like to see the projections but not camping out to do so.

Leaning toward a triple split stay, 7 days. Have never done a triple but have done a 2 place split. I’ve never done any vacay except for camping and beach with a toddler. I’ve had a group vacay at Disney with friends that had a toddler at the time but… well, I’m not taking much of her advice

(I love them boys but man, they were bad that trip and nobody but me seemed to care).
No swimming as it will probably be too cold for us. Only a few RS rides (RotR, Tron hopefully, GotG and FoP) everything else will be toddler-centric. Flying in early afternoonish so no park day. Flying out late afternoonish so 1/2 a park day or DS.
We have all been to WDW several times (except DGS obviously).

I would most certainly RD. The rest of the family will say they will if I make them… but they won’t. So no RD plans will be made. I am not a super late night person either. We lose an hour going to FL so I can probably hang in the parks till 9:30 tops.

Important factors:
Quick and convenient transportation to each park where we don’t have to constantly close a stroller is a big consideration as to where we stay. DDs bf going will make quarters cramped and I may do 2 rooms for part of the stay to give some distance but if DDs bf goes, cost go up, up ,up. DH and I are bank rolling the trip. DH doesn’t have as much love for Disney as DD and I do, he also doesn’t have much love for DDs bf and rolled his eyes when I mentioned his invite. But it will be his son’s first DW trip so if they are still together, and prob will be, he’s invited. So we agreed only half the cost comes out of joint vacay savings and I have to save the rest from my personal spending. Will do buckaroo! Not a huge deal. I’m not an everyday big spender and my yearly bonus is MINE to spend/ save as I choose and will more than cover what I estimated for my share, but saving anyway since those funds aren’t in my hands yet.

Will buy ILLs and leaning toward G+ begrudgingly. We do not like to wait in lines and I will try not to think of the per ride cost of G+ to save time on only 2-3 G+ rides per day. It is what it is, unless G+ changes drastically, then my opinion/ decision might too.

Now for the decisions:
I’m leaning toward AK deluxe studio SV 2 night, focusing on AK and AKL. Followed by BW 1 or 2 deluxe studios 3 nights- view doesn’t matter, walkability does. Focusing on EP and HS. Followed by Poly deluxe studio, 1st choice, or Contemporary deluxe studio 2nd choice. View doesn’t matter, walkability from room to park or park transportation does. I have no interest in staying at Contemporary but might not get Poly. Looking to rent points hopefully. If not may pay cash (for regular rooms) for part or go down to mod, Swolfin, DS hotel.
What say you all about these choices- pros/cons?
Edit: The rest of the party would like Contemporary, that’s why its in the running.

Also for park days, I have 3 options.

Thoughts? Any thing I’m missing related to 2 yr old I’m not thinking about? Do I have enough days? Can’t do more than 7 nights. Thats MILs limit on watching the animals and I don’t trust anyone else not to lose a particular cat or the dog.

Dining suggestions would be appriciated, nothing too adventurous unless it has a great childrens menu that they would let picky DD order from.

Looking to do about half and half TS/QS, maybe a few more QS than TS but want to do some character breakfasts to start the day. We are not big, big eaters (except for DDs bf

How fun—- first thought is— does he nap on the go? If not you might miss naps with each hotel transfer.

I think you’re being too ambitious with all the hotel changes - toddlers have a lot of stuff, and they need a lot of breaks, and that sounds like too many days where you won’t have a home base. It’s hard to say right now what kind of two year old he’ll be (or what kind of parents he’ll have

) - maybe he’ll be fine napping in a stroller on the go, maybe they’ll be ok with his schedule being off, but maybe they’ll want to be back at the room at 1pm every day for naps. Closing a stroller to hop on the bus really isn’t that much hassle.

I personally would never triple split with a 2yo. You wind up essentially “homeless” on transfer days and that leaves the kiddo nowhere to get a proper nap aside from maybe the stroller. As the child is only 4mos you have no way of knowing whether they will be a good napper or a bad napper. I’d pick one, or at most 2, resorts and minimize all the shuffling. Not to mention all the gear those small ones require.

For your plans, and considering it will be a 2yo, I’d split between an EP area resort and Poly. I can’t even believe I’m saying it but I would forego AK this round if being near to a park is important and you’re prioritizing walkability. With this plan you get walkability to 3 parks.

For park planning I would vote for option 3, but add in one day at least (the AK days you’ve allotted) to a full on resort day. You’ll (and the baby) will need it. 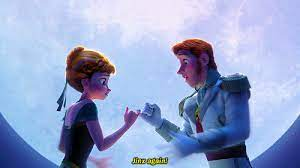 does he nap on the go?

He’s 4 months so I don’t know how it will turn out. Currently he will wake up with loud noises but I have him 3 days a week and am trying to change that

or what kind of parents he’ll have

Right? Maybe we can just ditch them

He’s 4 months so I don’t know how it will turn out.

am trying to change that

Dining thoughts! Character breakfast was great but my then 2 year old was so scared of the characters at Chef Mickeys—- she only liked the face characters. Something to consider.

I do think you should think about different breaks at the hotel or chances for the kid to run around and not be in line. I’d buy any advantage that helps you do that, lol.

My kids were the worst nappers. I was so
Happy when I could just stop trying to
Force a nap. By age three we were done.

I’d pick one, or at most 2, resorts and minimize all the shuffling.

I wanted AKL and BW but DH and DD want to be by MK. That’s why I thought triple. DH hates the buses. Which 2 do I choose though?

If DH hates the buses, why force AK? Stay at resorts that don’t require buses.

to a full on resort day

DH shot this down.

I’ve had a group vacay at Disney with friends that had a toddler at the time but… well, I’m not taking much of her advice

(I love them boys but man, they were bad that trip and nobody but me seemed to care).

Maybe a trip with a toddler isn’t for you

Disney is ridiculously overstimulating and lots of toddlers do very poorly off their routine and in a wildly different environment. If that is going to frustrate you, then wait until they are older and you have a sense on their temperament.

Get him an extra park ticket day and let him go then.

I swear to you you’re going to need and want it.

I want a SV

maybe I could save that for next trip…

that seems to be the thing to do.

Having just finished a trip with a 2yo here are my takes. AK is not a very easy place to maneuver from to parks. If EP and HS are the places to hone in on, why not do Skyliner line hotels? CBR and Riviera would work well. Or of course Pop. Stroller can stay out and roll right onto the Skyliner. Get a first floor room though if it is at CBR and you don’t want to deal with lugging a stroller or a sleeping child up stairs.