Any thoughts on my AK day? 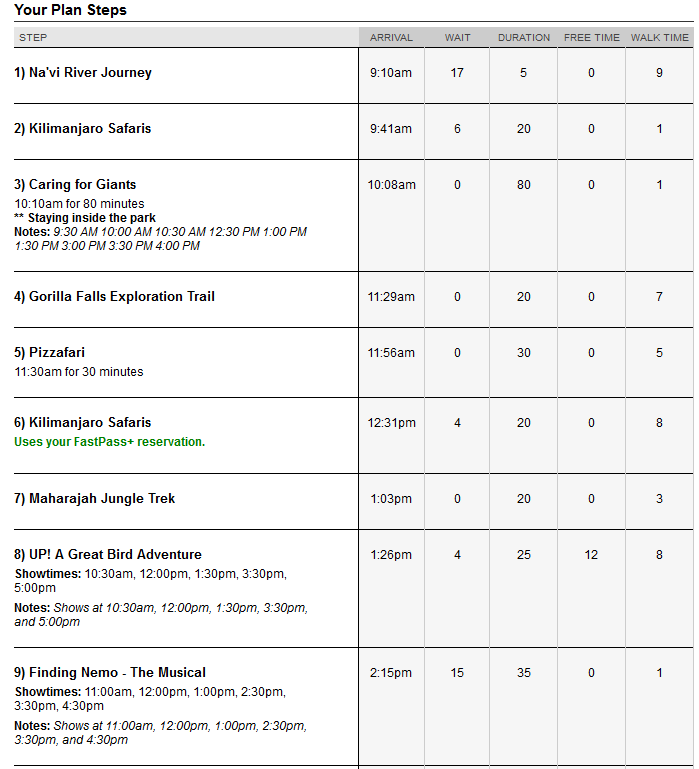 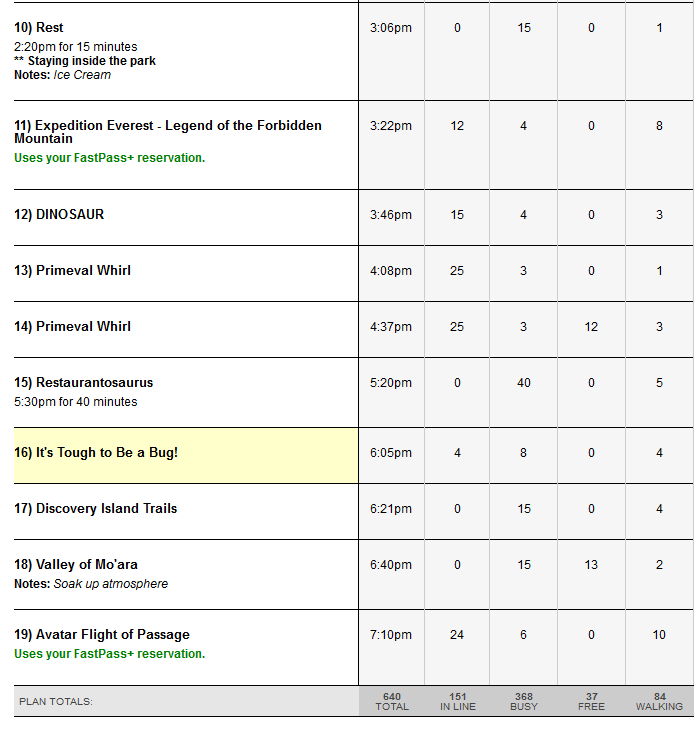 If you arrive before park opening, you may be off of NRJ before 9 so you may have a few minutes to spare before your tour. Which might be good as you never know when KS might get backed up due to some crazy animal in the road or you could try to squeeze something else in the am.

Looks good except why in the world would you ride PW twice especially in a row?

The kids… well, we’d only do it if the waits are short and at that time of day, in the past, they have been. I’m stuck by the 7:10pm FOP FP, otherwise, we’d be out of the park by dinner time. DH isn’t going to be happy, so I have to fill in the time so at least he feels like he’s doing something.

The things we do for “the kids”.

I’d be trying to modify those FP all day long.

What should I be looking for and what should I change/dump for an updated FP? I’d rather get an earlier FOP, but I don’t know if that will happen. I was lucky to get that one.

Yeah, that FOP kinda sticks out like a sore thumb, but I’d be trying to modify to try to get earlier times for everything, TBH, so I could concentrate on pouncing on the first earlier time slot for FOP. Just my preference. I like to leave the afternoons open and chill so I can hunt for extra fastpasses. If you are “ok” with Everest and FOP at those times, I totally get it. But, if you have a plan on how you can re-arrange some steps if you happen to luck on an earlier Everest, and then subsequently, an earlier FOP, I’d be thinking along those lines. I’d think you can work an earlier Everest when you’re in the park. Fop, of course, tougher, but possible. You might be able to work yourself into 2 FP spins on FOP.

Mmm. so you’re thinking that my other afternoon FPs are limiting my chances of doing better for FOP? Now, the other problem is if I wanted to book Caring for Giants, I have to go with what I know now, not, day of. By the way, at 30 days, those were the earliest KS and EE I could get. I gave up a 1:55 Navi to take the FOP, which is why there is a break between those two.

I would target the 3:01 drop and hopefully get something in the 4:30-5:30 range. I know it would mess with your plan a bit, but I imagine the others are pretty easy to move around without affecting the wait times too much.

This is a very ambitious plan. Be prepared to drop some things as you go along.

Didn’t you ask last night about whether to do the safari before or after the tour LOL? Also I see the safari on here twice - right at drop drop and then again a short time later with FPP. Maybe one is a “dummy spot”? Same with Primeval Whirl

The tour time is set, and nemo can be a variable. I’d assume meal times are set as well. If you happen to think bumping those fp’s to earlier times is worth a try, have an idea of what could be rearranged. You might just come across a 1:30 everest, or an 11:30 safari. Be ready to pounce and re-arrange (if you want) especially day of, whene plenty of ppl are re-arranging plans, and the mythical fp drops happen.

Good eye on KS - I would also be super wary about putting it before something that I need to arrive at on time. On our last two trips, we have gotten backed up and waited 10ish minutes to unload at the end of the experience. Put us late to ADRs both times.

You’re right about the other thread. When you mentioned that you’d done an earlier one, I thought that made some sense. I was trying to squeeze Caring for Giants in between KS FP and EE FP and it was making me nervous.

You don’t think Navi, then KS is doable before a 10:30 CfG? I put it there because we always have done a morning KS, as the animals are active at that time. But that was pre-Pandora. I know the animals won’t change, but the plans sure have.

I was hoping, as you mentioned, that I wouldn’t be waiting for 17 mins for Navi. While I won’t be there with the first of the FOP throngs, I was expecting we’d get to AK before 8:30 - maybe 8:15? We’d be at the back of the pack, but still in plenty of time for Navi, I think.

I suppose if you’re figuring a shorter wait for Navi, and your plan is arriving at 1010 for a 1030 you might be okay. I just don’t trust the animals LOL

Yes. Okay. Thanks for talking sense into me, lol. I need that kind of feedback.