Whats the best way to plan the day
after trek @ 8:00
should be out by 11:00
thinking rides near there
does anyone know where you exit from the trek

@OBNurseNH, this sounds like a question you were made for…

You enter and exit the trek just to the left of the safari. You will be done at 11. You WONT want to go on the safari after the trek

Maybe never again, even LOL Trek is so great it may spoil you for safari forever.

After I finished the Trek I strolled around a bit, walked the two trails and headed out around 2:00. It was drizzling, and that was the night we had our V&A Chef’s Table dinner, so I wanted to rest up a bit.

Maybe never again, even LOL Trek is so great it may spoil you for safari forever.

It isn’t clear if that means you can’t do the tour unless you already have a ticket to AK, or does it mean that if you are in AK, you have to get a separate admission ticket for the Trek? 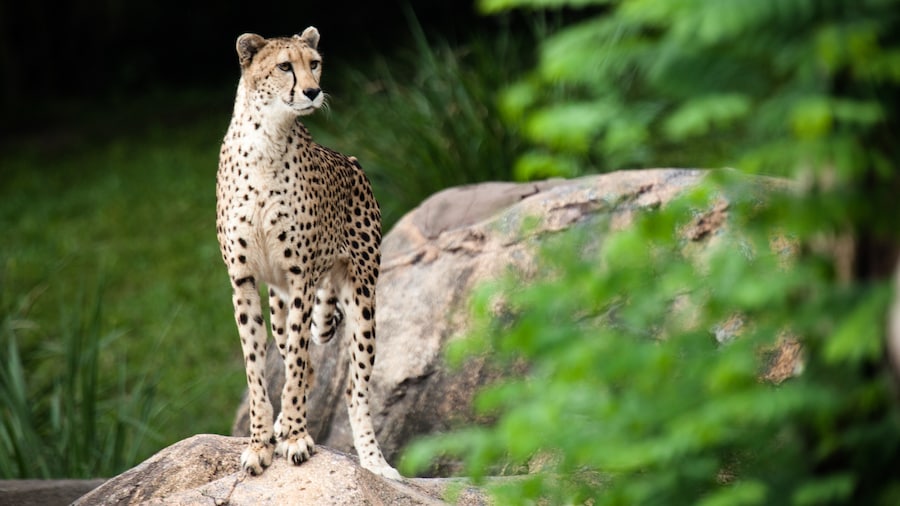 And you need to book in advance.

That’s the page I was looking at. But it wasn’t clear. It made it look like the ticket to AK is $189 to $249! It doesn’t actually say that the price listed is for the Africa Trek itself, which is what was confusing.

In other words, the price is listed under a heading in a blue box that says, "Disney’s Animal Kingdom Theme Park ".

I have to blame Disney on that one. Bad design on their part!

I then searched other sites that reviewed the tour, but at least the ones I read didn’t mention a price.

But it is money well spent if you are looking for something super extra special to add to your trip.

You also must have admission to the park for that day.

As stated, you exit right near the Safari, and as others said, you may never want to ride the safari again. My only wish with the Wild Africa Trek would be some more time nearer the elephants. It would be nice if your vehicle took you to the private viewing platforms that Caring for Giants gets to see them at.

But it is money well spent if you are looking for something super extra special to add to your trip.

This is good to know. Expensive, but might be something to consider if we end up able to afford it.

The KS ride is fine, but not great. (The safari ride at Six Flags Great Adventure was much better.) But the Africa Trek looks like it could be a lot of fun as an alternative. The food offered during the trek, however…kind of scares me. Probably wouldn’t eat anything.

Definitely add it to my list of things to potentially add to our Anniversary trip!

Don’t let the food intimidate you. It’s small bites only, so worth a taste of everything. Worst thing that happens - barring allergies that is - you don’t like it and you chase it with a bunch of jungle juice!

I do have some food allergies, although not sure they would be an issue here (banana, cantelope, corn when it isn’t cooked well). The juice I’d have to replace with water, without knowing the carbs, since I’m type 1 diabetic. (I don’t generally drink juice due to amount of sugar in it!)

But I’m just not adventurous when it comes to food. Our least favorite place to eat at AK is Africa because there’s almost nothing there we like that we’ve tried.

Anyhow, all that means is I wouldn’t do the Trek for the food, but for the experience. That part looks like a lot of fun!

It isn’t clear if that means you can’t do the tour unless you already have a ticket to AK, or does it mean that if you are in AK, you have to get a separate admission ticket for the Trek?

It just means that you have to have a ticket to get into AK for that day. This is to prevent people from thinking that AK admission is included in the price of the tour.

Relatedly, would you do WAT in the morning and the Christmas party that night? I don’t want to be exhausted for the party.

The safari ride at Six Flags Great Adventure was much better

Are you kidding me I liked it better when I could drive my own car through.

I think that is doable. The trek isn’t crazy intense. Last month we ran a 5K in the morning and did the WAT in the afternoon and I didn’t feel exhausted. You could do WAT in the morning which would be a good option since the weather is cooler.

The most “strenuous” part of WAT (and I put that in quotes) are near the beginning; the second half is riding in the special “safari” trucks, and ends with a sit-down meal. And for an 8:00 Trek, you’ll be done by 11:30 - the latest. And in Dec, you won’t have intense heat and humidity to completely drain you. You should be fine.