Ok. So this could happen anywhere.

Can someone help me understand how they knew? I’m not clear how they were alerted. 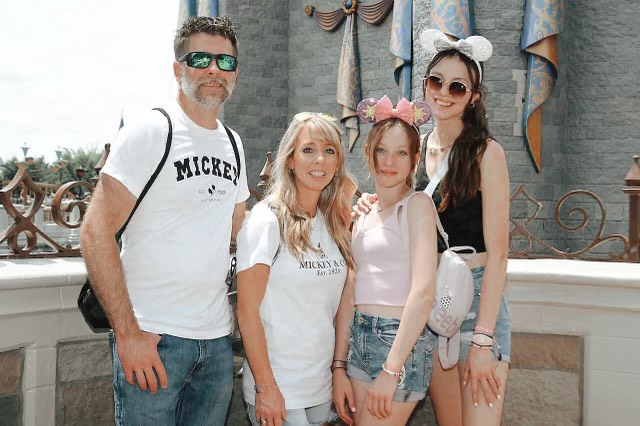 The most magical place on Earth quickly turned into a scary destination for a Middle Tennessee family.

I am following since I can’t figure out if my settings are correct.

It’s been flagged as a real problem. 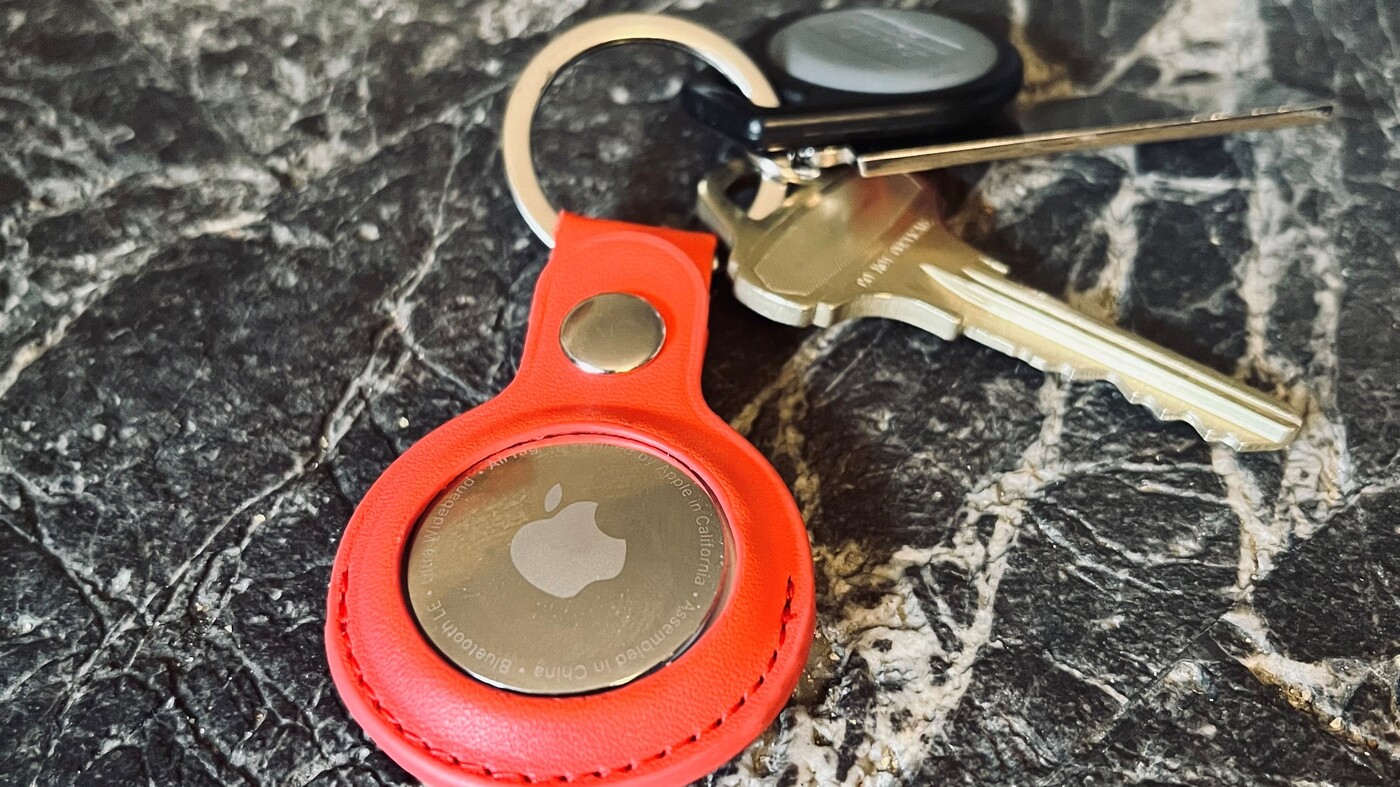 AirTags are being used to track people and cars. Here's what is being done...

Apple's AirTags were billed as an easy way to track your keys and wallet, but now the small button-sized device are being used by stalkers and thieves to track people and steal cars.

It’s been flagged as a real problem.

It is a potential real problem, but it’s not a new thing, it’s just gotten easier/cheaper.

Someone could also take a cheap burner phone, put a location-sharing app on it, then attach it to your car, drop it in your bag, or even use a ruse to gift/award it to you. And that’s just using another widely available tech. There have been plenty of more fit-for-purpose ways.

Here’s what I think is the most likely explanation…

I know there are some people that place them on their young kids, especially at a place like Disney where they could be separated.

So, for instance, a family with an AirTagged kid could have set up near them prior to fireworks and then been near them all the way through walking out to the car. And the kid was just far enough from whichever parent had the tracking app to register as “separated from owner” (or they were with the other parent, a grandparent, etc). So, just a coincidence but triggered the alert.

It still makes sense to be careful if you get such an alert and check if you’ve been tagged, but it’s more likely than not it wasn’t a nefarious situation.

Can someone help me understand how they knew? I’m not clear how they were alerted.

This screenshot was included with the story. I’m not certain if this is literally a screenshot the family in the story provided or an example of the alert you would receive.

I’m also not entirely certain if it’s saying that the AirTag was with them that whole time, or that they had been in proximity to it multiple times, starting at 7:09.

If you get such an alert, use the “play sound” and probably have a good laugh with the family you spook. Or you’ll know if it’s actually been planted with your party. If you’re in a vehicle, make sure it’s safe and then roll the windows down to try to hear where it’s coming from.

If you don’t have an iPhone, sounds like you need to proactively install and monitor an app.

sonething that alerted my target.

This is my question though.
How can I know I would be alerted.
Or my kids.
We all have apples.

You would get a message like the screenshot I posted.

ETA: The “tracking of you” map is provided by your own phone, if I’m understanding correctly, not the AirTag.

I agree. There are probably a lot of AirTags all over WDW and you might just be crossing their paths.

I’d be more wary of other tracking devices, such as tile, which would not warn you.

I bought an airtag for just this reason prior to my December trip, I have an absent-minded 9-year old who i misplace at target all the time

Yeah, we’re having brunch and I just mentioned it to my very tech-savvy family, and they started naming better tech to use to track people if you’re up to no good.

Ironically, the last name of the family is Gaston.

But do we need to have something in particular toggled on, do you know?

I would say no. An iPhone or Apple Watch probably will just let you know. Similar to Bluetooth or WiFi in range.

It’s worth noting that the alert that an AirTag has been near you is a relatively recent addition, making it less optimal as a stalking device. It was in response to some disturbing stories of (mostly women) finding AirTags dropped in their purses ir attached to their cars. 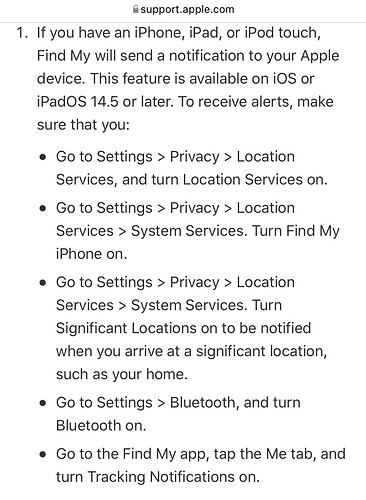 What to do if you get an alert that an AirTag, Find My network accessory, or...

AirTag lets you easily track things like your keys, wallet, purse, backpack, luggage, and more. Simply set it up with your iPhone, iPad, or iPod touch and attach it to your item, and your AirTag shows up in the Items tab in the Find My app.

Unfortunately those were the settings I read but they don’t align with my settings (iPhone 12 iOS 15.4.1)

I was able to confirm my settings for each bullet point, except the last one. I found an older version of the same list and it had this alternate version for that bullet, which aligned to my settings

Which one(s) are you struggling with? 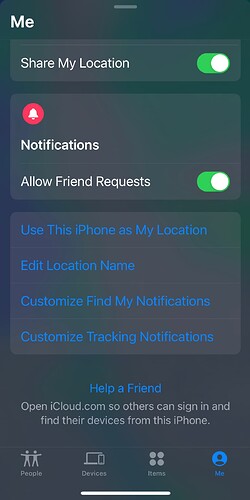 If an AirTag is around other iOS devices that aren’t it’s own long enough it’ll emit chirps.

I (iphone13 user) found it under

I find it odd that everyone is aware of this being a problem but I can’t find anything with exact instructions for various models/versions to ensure we can turn this on other than “location services”.

I’ll keep looking for maybe a YouTube video or something.

I wonder if them refusing to explicitly address this other than “we’re working to solve it” is their way of dodging admission of guilt later on.