After Hours through to March 2020 have been released

If you are like me and have been patiently waiting for the after hours to be extended, I have just booked the Animal Kingdom after hours for October 2019. Annoyingly it wasn’t on any of the the days I thought it would be

That’s strange. They don’t have MK DAH for the last week of January? Really hope they add one! It was gonna be one of the highlights of the trip since I’ve never done it.

I see that. Which makes planning for our May 2020 trip tricky if we decide we want to do the DAH event. Days of the weeks are unpredictable. I don’t get why Disney can’t just decide that DAH events will always fall on the same day of the week so people could plan.

I’ve been monitoring this for months. Annoyance for me is that there are no MK DAH in October at all, and no AK DAH during my 7 night stay in October.

Thank you! I checked a few hours earlier yesterday and it still wasn’t updated so I was going to check again later this week if I remembered but then saw your post! Got the AK one this time. Did MK last time and loved it.

Quick question - anyone know the cancellation policy for After Hours tickets?

I’m pretty sure the tickets are non-refundable.

Ditto on booking. Ditto on annoyingly not on a day I planned. I think I have asked this before, but can’t find answer: Is the ROL that is available for After hours a separate one from the regular showing at 7:30?

that sure would be nice!!! I was banking on it being Monday because that’s mostly when it is in September, but it’s Wednesday. Not complaining (too much) as at least I’ve got it now and 1 week before FPP

Just booked Dec 7 for MK and Dec 9 for AK! First time doing an after hours event (it will be our second trip to Disney World, first one in Dec 2018), can’t wait!

Well,pooh😔 My ADR day for our February trip was last week, and I scheduled around a possible MK DAH on Thursday, 2/13 based on the last 2 years’ events. Now they have a AK DAH scheduled on that night that we are not interested in, and no MK DAHs scheduled for February. Color me bummed.

Is the ROL that is available for After hours a separate one from the regular showing at 7:30?

In the review they mention an After Hours showing of ROL. Don’t know if there are multiple showings though. 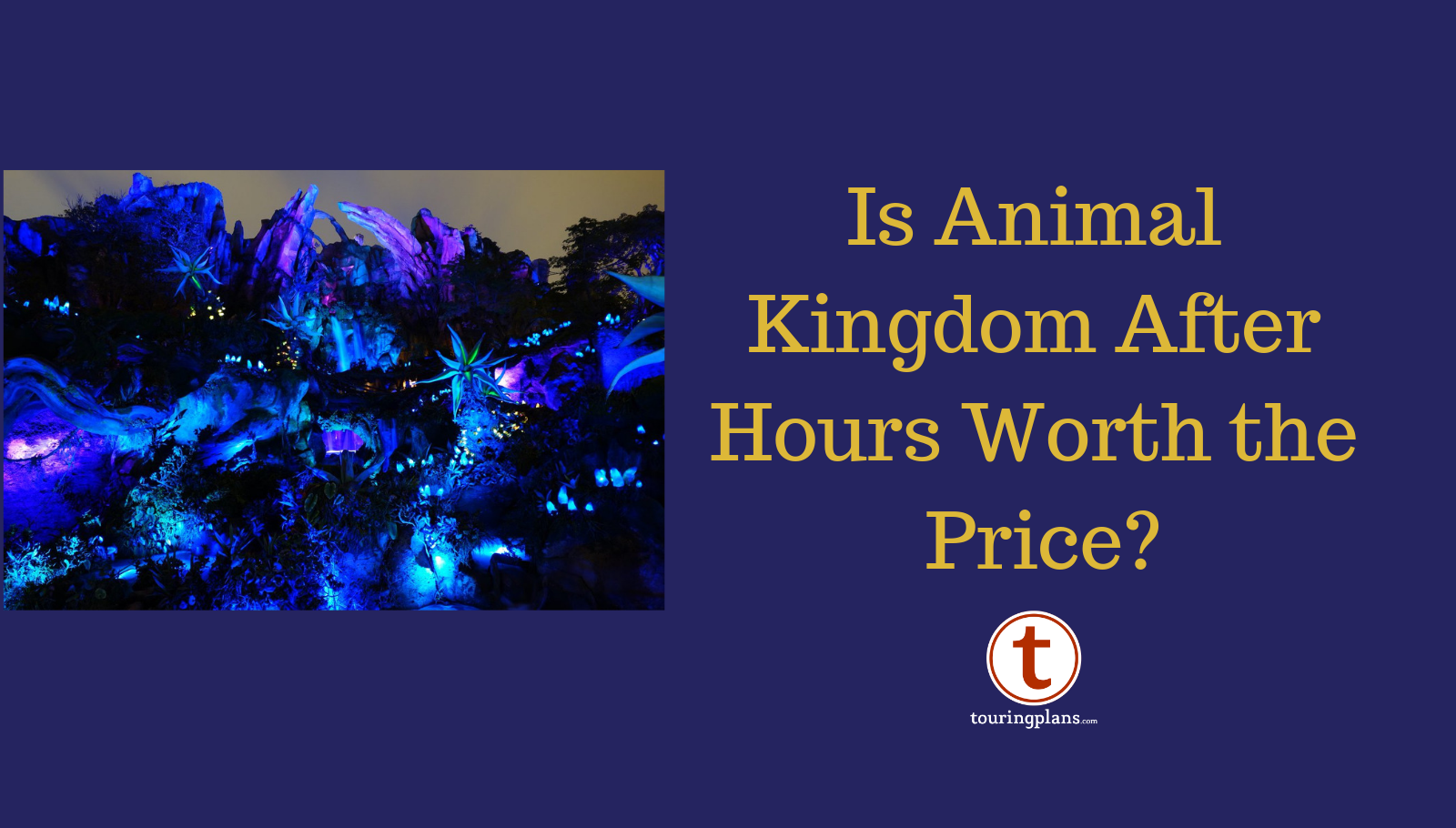 Disney After Hours at Animal Kingdom – Is It Worth the Money? -...

I was really hoping they’d do DAH at HS in December. It was going to be the best way to do all the rides outside of SWGE. Looks like they’re getting rid of it entirely.

I honestly am worried that I won’t be able to do all the rides without massive waits given the crowd level projections while I’m there and the new tiering system.

I’d love one for HS too but I’m guessing probably not assuming they want to work out any possible additional kinks with SWGE. I’m thinking they just want to play it “safe” for whatever reason. Probably a smart decision especially since Rise of the Resistance opens in Dec.

Anyone been to the AK AH event recently? Curious to see how crowds have developed. I read comments on WDW Magic in the link above that some waits for FOP were 30-50 minutes.

For FOP, it depends on how crazy the park was during the day. Usually though, you can hop onto FOP near park closing and see 30-60min wait. So on a typical decently full park, by the time DAH officially starts… the queues are empty. When you enter FoP during the event, you enter through the fastpass line and get priority over anyone if they are still in it.

If it was a day where there was 2 hour waits at park close… Seeing that at event start time, there was a 50min wait as posted in that article, that seems to indicate that there were normal guests still in the normal queue line once the event started. But that’s all speculation.

For a June trip this year, I saw the boat ride with a 10min wait time when it was walk on… and FOP never going under 20mins… but the highest wait before entering the first preshow room was 5mins. In June I was able to do 3 FOP, 3 Na’vi, 3 Everest, 2 Dinosaur. Averaging a ride ever 16mins over the night, and we stopping alot to take pictures, and explored through the normal queue of FOP which I had never seen before. When you rope drop or fastpass FOP, you miss that.

I was so hoping there’d be a HS one in December. Such a bummer. And no sign of Early Morning Magic resuming by then either.

I noticed the shift on the AK DAH dates too. If it stuck to the previous scheduling 12/14 would have been DAH-HS but it’s DAH-AK. My guess is since they’re not doing DAH-HS and with the MVMCP blocking out DAH-MK for much of December, they’re shifting things around to the most popular DAH weekdays.

Now do I root for a resumption of Extra Early Morning Magic or not?