How often does the reservation finder check for reservations? Because I am a little OCD about planning, I have been checking for the reservations that I have in res. finder. I just found an 8:40 a.m. PPO for Akershus. My search was for 8:00 a.m. I found the 8:40 at 10:30 p.m. eastern time. The last time the res. finder had searched was at 4:20 p.m., 6 hours earlier. My other search as of 10:30, had last been searched at 8:18 a.m or 12 hours earlier. Is that typical? Since the search is one hour within your desired time, 8:40 would have been in that time frame. Or does the res. finder know that 8:40 wasn’t going to make me happy?

My real question is, if I have an 8:40 PPO, what is the likelihood that we will not be seated early enough to get to FEA before the crowds? I am leaving my search active to try to get a better time.

It would have let you know about an 8.40 if it had been found. Looking at mine, it was last checked nearly 24 hours ago so I wonder if something has gone wrong yesterday.

I don’t know if Akershus seats in order of arrival like GG, so I will leave that for someone else to answer.

It’s supposed to check every 2 hours

Really? Has it gone automated? When it first rolled out, at least, it was done by humans. Do they really have humans checking every 2hrs?

I can’t remember where I read it - I thought it was on the tool itself but I just looked and it isn’t. But when there was a time coming up that didn’t work for me, I was getting emails every 2 hours until somebody took it.

I reset mine after I’d looked at it earlier just in case something had gone wrong, and it hasn’t been checked yet.

Edit - in the help section it says they don’t guarantee how often, but to contact them if it hasn’t been checked for a day. I guess I made it up! Sorry!

I can’t imagine they have humans doing this, the volume of reservations it must be searching for has to be staggering even within a 24 hour period (much less a 2 hour period) plus there is no charge for the service so how are they making money to pay humans to do it?

They do have humans doing it.

For realz they at least did in the beginning and I think they do now too.

And they make money on subscriptions and books. I would think not many people use it who are not subscribers (even tho you can get that piece for free)

In reading through the help articles, it sounds more like it is automated (but it could be open to interpretation).

For example, rather than saying we don’t do that because we are only human etc, it talks about things being too taxing on resources, or the tool not being able to process this-or-that. Which is language that could go either way, but I would think they would mention actual people, if only to make users more sympathetic to not getting more out of the tool (not saying I think it isn’t enough, I love it as is!!)

But holy moly, if it is human…bless the person(s) who are doing the work! Sweet jiminy!

@OBNurseNH reading your responses now, I wonder if the human element is putting the request into a program, then letting the program take over. I am so very curious about this!! LOL I don’t know why! And I was a person who used it as a non-subscriber for over a year before I finally subscribed…so maybe that’s the income stream for it, people hear about it, use it, then eventually subscribe.

Unless it’s changed it is 100% humans doing the searching. There was a newspaper article featuring @len that was definitely posted here on the forums somewhere a while back. I think there was an interruption due to a local holiday, I want to say Malaysia but somewhere in that region I think.

IIRC, it is one of the reasons it was allowed to remain in use when Disney started getting annoyed with the sites that were making a profit off the back of booking ADRs for people.

Because the searches are being done by actual people, not a bot, Disney allowed TP to continue. It’s also why searches are limited to two active ones per person.

And it’s also why the use of it is free. If TP required a subscription to use it, they would be profiting from it and Disney would likely close them down.

Here’s a post from @Len about this very subject:

(Creating this topic so folks on Lines Chat can reference instead of re-answering similar questions) We’re implementing a limit of 2 active dining searches per person on our dining reservation finder. This means you’ll be able to look for 2 dining reservations at a time. You can still put in as many requests as you want over the life of your subscription, but you’ll only be able to have 2 active at any given time. The limit should go in to effect this week (June 13, 2016). If you’ve got 2 or …

Amazing!! Thank you so much for finding and posting this! Now I’ll be compelled to check for my own reservations even more often, dang it!

My real question is, if I have an 8:40 PPO, what is the likelihood that we will not be seated early enough to get to FEA before the crowds? I am leaving my search active to try to get a better time.

Is this time going to be actually slowing me down? Will we not get seated until our reservation time?

ADRs are really more like “call ahead seating” - once you check in (usually restricted to no more than 10-15 minutes before your ADR time) you will be given the next available table for your party (after others who may be waiting but had ADRs before you).

I would also NOT want to rush through the experience of that breakfast.

Thank you for this analogy! 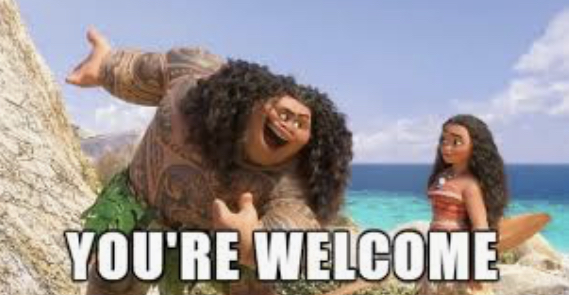 You can tell it involves people because there’s still the occasional time where searches are delayed, because there’s a national/regional/state holiday in Laos/Vietnam/India/Southeast Asia that we were not aware of, and that most people took off from work.

We try to make the human part of it as efficient as possible, with technology. We pre-populate the search data so it’s not keyed in, for example: all the keyer has to do is hit ‘return’ once the screen is populated.

Likewise, we automate the processing of the results. For example, if ten people are all looking for an 8 a.m. BOG reservation for 4 on November 21, we only run that query once, and send the results to all 10 people.

We also have built-in optimizations that take advantage of how Disney has structured its web page, and the results, to minimize the number of searches that are done.

The last time I checked, those optimizations enabled us to satisfy 100 requests with as few as 30 searches, on average. That, combined with just hitting ENTER over and over and over, is about as close to full automation as we could get.

FWIW, the 2-request limit was meant to prevent abuse from travel agents.

I would also NOT want to rush through the experience of that breakfast.

I have another late breakfast ADR for Akershus on another day that would not involve feeling like I was in a rush from the very beginning of my day. I also have a dinner ADR. This is being done for a 3.5 year old who can take forever to eat and will be most likely distracted by princesses.
However, I will not cancel the 8:40 so that Reservation Finder does not now notify me of this time.